Flower Seeds to Plant in August 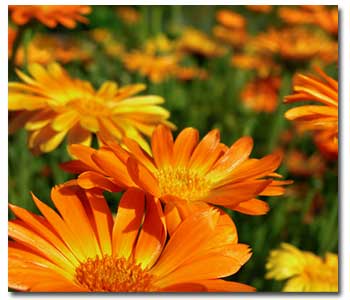 Gardeners who want to grow their own transplants of winter flowers, particularly tall rather than dwarf varieties or single colors rather than mixed, should plant seeds of cool-season flowers now. Plant in flats, small pots, peat pots or Seed Starter Trays such as Speedy Roots.

Seeds of such flowers as pansies, cineraria, dianthus, delphiniums, violas, nemesia, Iceland poppies, primroses, snapdragons, stock, and calendulas, planted in August, can give a great number or transplants with which to fill beds in October. Tall varieties of stock are particularly worthwhile growing from seeds, since you can be assured of disease-free transplants. (Stock is susceptible to stem and root rots so don’t plant them in the same place two years in a row.)

To grow stock be sure to disinfect flats and fill them with sterilized potting soil. Place the seeds on top of the soil, carefully spacing them where you want them; press them down gently. (Stock needs light to germinate.)

Keep them moist and in semishade. Cover the flats with plastic until the seeds germinate. Then take off the plastic, be careful to protect the sprouts with netting, and move the flats in stages – over a period of two or three weeks – into increasing light, eventually into full sun. Start to feed the plants lightly when each has two real leaves. (Read seed catalogues closely; some varieties have more doubles and fewer singles than others.

Weaker-looking seedlings with greener foliage are usually singles; healthier-looking, more grayish ones are doubles.) The sooner you get stock in the ground the better, because early planting enables the plants to build big, strong root systems and hefty stalks. You’ll have a long-lasting and dramatic display.